Predictors of Knowledge Towards Menstruation in Ethiopia

Adolescence is the transition period from childhood to adulthood, which includes the age group of 10-19 years. In adolescent age group women, the important feature is the onset of menstruation [1]. Menstruation is a reproductive change involving the shedding of the inner lining of the uterus. It first occurs in the age group 11-15 years [2,3]. Menstrual cycle is a natural phenomenon occurring every 28 days [4].

Adolescents often do not use the reproductive health services [5]. Furthermore, lack of knowledge about menstruation and fear of discussion about menstrual problems prevails in most of the women [6]. Therefore, different programs should focus on supporting the women. In addition, women need psychological reassurance on menarche because most of them have misconceptions. This alleviate unhealthy behaviors related to menstruation [5,7].

Menstruation and menstrual practices are associated with taboos and cultural beliefs. During menarche, lack of information is common. The information they could get is even incomplete and inappropriate [5,8]. The source of information is their mothers, sisters, teachers, friends and relatives [4].

Females need special support because of their social role and responsibilities in shaping the reproductive system related health of the women [9,10]. However, in some developing countries, women forced to stay outside the home during menstrual periods. They are also socially isolated This increases the incidence of reproductive organ disorders [4,9].

Menstruation is a physiological process, which reproductive age group women will pass through [5]. Menstruation is a periodic change occurring in women with associated secondary sexual characteristics developments. It depends on the functioning status of the ovary, the pituitary gland and the hypothalamus as well. After menstruation, the endometrium will regenerate [10]. The occurrence might infer females’ excellent reproductive health. Though, myths and misconceptions exists. Due to unclear understanding of menstruation, it is considered as being unhealthy and impurity [11]. Moreover, most of those girls are unaware of the reproductive system functional changes with age [5].

Geographical conditions, race, nutritional status and other environmental factors affect menarche. A woman is considered to have 500 menses in her lifetime with associated 50-200 ml of blood loss in each menses [12]. Knowledge towards menstruation and menstrual hygiene practice is an important health indicator [13].

The first menstruation is unforgettable part of life. It is a pubertal milestone in the women reproductive life [13,14].

Among reproductive age group women there is an increased incidence of reproductive tract infections [4]. The consequence of those infections is severe and deleterious. It might lead to infertility [15].

In addition to previousely addressed variables, the study tried to discuss the effect of medication use without consultation of the health personnel. Therefore this research was conducted with the aim of determining the level of knowledge towards menstruation and associated factors. Findings from the study would help health policy makers in understanding predictors of knowledge towards menstruation and in designing interventions in facilitating reproductive health services.

Single population proportion formula was used to calculate the required sample size. Proportion of level of knowledge towards menstruation of 50% (p), margin of error of 5% (d), and 95% confidence level (1.96) and adding non-response rate of 10%, the sample size was determined to be 422.

Multistage sampling technique was used to select the study subjects. First, stratification made into grades 9 and 10. Then, grades were further stratified by section. Sample size proportionally allocated to each grade and section according to their number of students. Then, frames of students developed from student roster. Eligible students were selected using simple random sampling technique from the sampling frame.

Data collection: A structured questionnaire was developed after reviewing relevant literatures [3,4,7,9,11]. It was translated to Amharic and Afan Oromo languages. The students filled a structured and self administered questionnaire. It was comprised of ‘closed-ended’ questions assessing socio-demographic characteristics, knowledge about menstruation and experiences related to menstruation.

Data collectors with experience on data collection and asupervisor was recruited for data collection, training was delivered. The training focused on ethical issues like confidentiality and there was a discussion on the content of the questionnaire in detail.

Data quality assurance and ethics statement: The data quality was maintained through careful design of questionnaire by standardizing, translation from English to Amharic and Afan Oromo languages and back to English. Pretesting was done. The data collectors and supervisors provided the necessary introduction and instruction to the students and clarified problems that were raised during data collection. The questionnaires were checked for the completeness immediately after data collection. During the completion of questionnaire, the students were given the chance to ask about what is not clear. The principal investigator and the supervisor closely monitored the data collection process.

The study was conducted after obtaining ethical clearance from Adama General Hospital and Medical College. Schools’ director/directress was briefed on the objectives of the study. Verbal informed consent was obtained from the participants. Confidentiality was maintained by omitting their names and addresses on the questionnaires. Students were informed of their full right to skip or ignore any questions or terminate their participation at any stage and the participants were assured that their participation recorded anonymously. All the data obtained in due course were confidentially kept.

Data analysis and processing: Data checked manually for completeness and then coded and entered using Epi Data 3.1. The generated data were exported to SPSS version 20. The data were cleaned by visualizing, calculating frequencies and sorting. Frequencies and proportions were computed. Statistical association was done for categorical variables. Significance determined by using crude and adjusted odds ratios with 95% confidence intervals. To assess the association among dependent variables and independent variables, logestic regressions was employed to identify different predictor considering p-value less than 0.05 as significant asscoiations. Finally, the results presented as tables and figures. 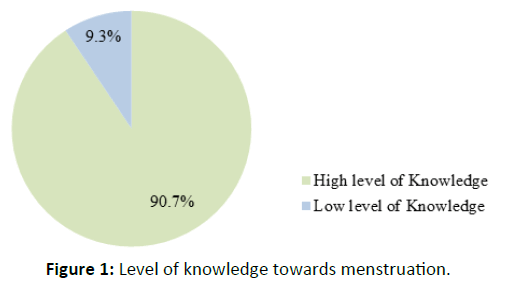 Figure 1: Level of knowledge towards menstruation.

Source of information about menstruation

Table 3: Source of information about menstruation.

Predictors of knowledge towards menstruation

In the final model, age of the respondent, informed about menstruation before menarche and use of medication without consultation of the health personnel found to be significantly associated with high level of knowledge (pË?0.05).

Table 5: Predictors of knowledge towards menstruation.

In this study, 90.7% had higher knowledge towards menstruation. This finding is similar to the study done in Amhara regional state which showed that 90.7% of the participants had high level of knowledge [16]. This might be related to the fact that both study settings are urban areas. This in turn increase the availability of information from media, girls clubs and more literate family. On the other hand, a study did in western Ethiopia showed that only 60.9% had scored good knowledge [17]. A similar study did at Mangalore, India showed that 46.7% has good knowledge about menstruation [18]. This difference might be due the difference in the source of information and the time gap.

According to a study did in Mangalore, India, age has no significant association with knowledge about menstruation [18]. However in this study female adolescents in the age group of 17-19 were about 3.6 times more likely to had higher knowledge relative to those in the age group of 14-16. This implies that as the age of the female adolescents increased, the access to information and utilization of information might increase as well.

The variables that may affect knowledge towards menstruation might not be exhaustive. Furthermore, due to the sensitive nature of the issue there might be social desirability bias that over estimate the level of knowledge.

In the study, knowledge towards menstruation and predictors were identified. According to the finding of this study, majority of the students had high level of knowledge towards menstruation. Majority of them had prior information about menstruation. For most of them, the source of information were their mothers. Concerning pain severity, majority of them described that the pain they fell while menstruating relief on using medication. The study showed most of the female adolescents agreed that having menstruation interfere with class one day every cycle and menstruation interferes with the school performance. As finding showed, age of the respondents, being informed by someone before menarche and use of medication without consultation of health personnel were associated with high level of knowledge about menstruation.

We wish to express our sincere gratitude to Adama General Hospital and Medical College for their cooperation on necessary materials.